Just want to do a quick post on an upcoming meteor shower that is gonna happen on next next monday, 22nd April 2013!

It is an annual meteor show that will always happen around this time of the year near the constellation Lyra, and therefore the near Lynrids.

I was once super obsessed with constellations, hehe, that's why im really kinda into astronomy. I used to draw out constellations on papers, and even print out greek mythology (the stories behind the constellations) and read them like story books. It came to a point that my friends all know i liked it, and even bought for me a real, super cool astronomy telescope (though i know its from  Toys'r'us, but it still works abit!), and a super detailed astronomy encyclopedia with a big map and everything. *_* i was overjoyed with happiness. hahaa.

Okies, so back to meteors (visible streaks of lights), they come from meteoroids, which are debris that are floating around in space, that will occasionally pass by earth and burn as they touches our atmosphere, reaction with the gases! Therefore, they look bright, and always disappear within seconds. hai, beautiful things usually dont last huh. lol. just like rainbows... and fireworks? One thing that i have realised in life. Ok, im sidetracking again. lol.

Okies, time for some pictures, if not all words..;/

Here's picture of the constellation:  Lyra- The Harp! 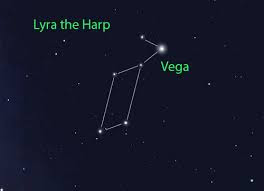 Vega is the brightest start in the Lyra, and people normally spot Vega to locate Lyra :)

How they imagine it to be a Harp!

All 88 constellations in the night sky have a story behind it, and represents something.

Ok, so back to meteors, every time when we are expecting a shower, there is a radiant point, where astronomers have found out i.e, the point where the meteor starts to burn at its brightest, and so for Lynrids, it happened to be near Lyra!

And also to add on, these meteroids actually pass by our earth's atmosphere 24/7, millions of them a day, but we dont see them, when its in the day, too small to be seen, and at night, when their radiant point and not just within our atmosphere.

just did a check on how does the moon that night looks like, and its more than first quarter full and nearing to full moon :( that means lesser chances for us to spot the meteors. sad max, but i stil believe its possible, there might be clouds covering the moon at times, lets cross fingers. haha. 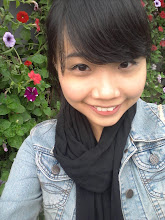 We are located at 1A Short Street, Across from Rochor Beancurd, Behind Beacon College! www.theark.com.sg

Feel free to reach me at oceansky09@hotmail.com